Charming Villa Bianka is located in Southern Dalmatia region, on the Peljesac peninsula in town Orebic, that a two-hour drive from Dubrovnik. Distance from the villa to the sea 70 m.

Peljesac Peninsula for centuries was famous for its vineyards. Here are made the best sorts of Croatian wines. By choosing to relax this area, you can visit a lot of interesting places, from little-known, hidden pebble beaches, to the most famous wine producers and wine cellars, as well as lovely home restaurants, where guests can enjoy dishes from fresh fish and try the Croatian oysters straight from seas.

The picturesque town of Orebic – a town of hereditary seamen, which is located at the very end of the peninsula, opposite the island of Korcula. Despite its relatively small size, it is already in the XIX century Orebic was second port of Rijeka Dalmatia. In the town there are the so-called “street kaliganovi”, which are built only house of Croatian captains. Just 10 minutes from Orebić by ferry and you will find yourself on the island of Korcula – birthplace of Marco Polo. The island is the town of the same name, built in the times of the Venetian Republic. Newly built Villa Bianka is located 400 meters from Orebic town center and is located on a plot of 530 m2. The villa consists of two floors, each of which has an area of ​​60 m2.

Villa Bianka has 4 bedrooms, 2 bathrooms  and is ideal for a comfortable stay 8 + 2 persons.

1st floor and 2nd floor of the villa are connected by internal staircase.

Villa Bianka has   a spacious terrace area of 30 m2, where there is a fireplace and summer dining. The central part of this terrace is occupied by a beautiful pool 6 × 4 m. The area around the pool is equipped with sun loungers and parasols. Behind the house there is a summer shower. 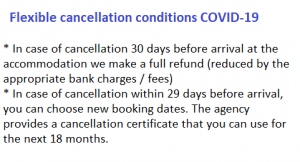 FROM THE LOCAL AMENITIES

SEND A BOOKING INQUIRY FOR THIS ACCOMMODATION